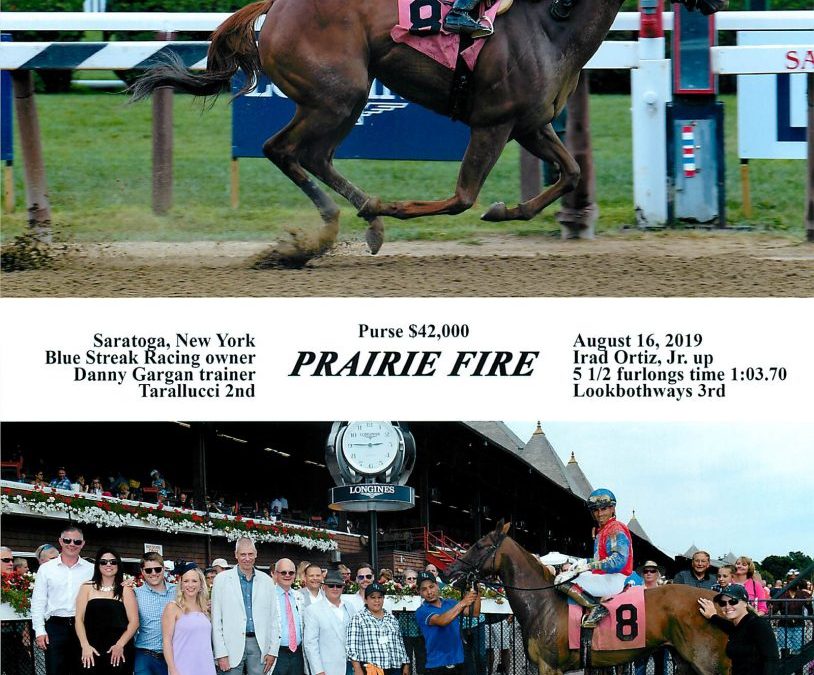 When I started Blue Streak Racing three years ago, the goals were purposely kept reasonable and attainable; claim a couple horses, get some starts, introduce some new people to the game, and most importantly have some fun. Well, after three years I think we’ve taken those steps, and more, and attained more than I’d hoped for. Our first horse (Viserion) won twice for us, and is now happily retired and in-foal (that’s another project/story), we had our first starter at Saratoga last year and Missle Bomb finished 2nd. We’ve partnered with some great people, and have success as a minority partner with I’llHandalTheCash, and the capper, we started and won at Saratoga this year with Prairie Fire! A dream come true! So its been a great year so far, but I’m hoping that we can build on that momentum and continue into the new year with some additional partners and horses. Stay tuned!