Our 2-year-old Irish Empress made her 2nd start, this time over the Saratoga turf, and turned in a much improved performance, closing for 4th in a NY-bred Maiden Special Weight on August 12th.

The daughter of Classic Empire (out of the Officer mare Strikealinethruit) broke a step slow and sat back of the pack before being angled out at the top of the stretch by jockey Joel Rosario, where she kicked into gear and ran on to be within a stride of the show money. Trainer Natalia Lynch was pleased with the effort and noted Irish Empress galloped out past the winner, and thinks she’ll like a little more distance.

After a disappointing first start on the dirt, Irish Empress really showed she liked the change in surface and we’re looking forward to stretching her out down at Aqueduct this Fall. 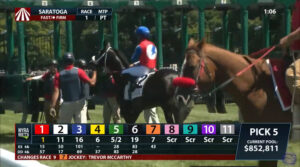 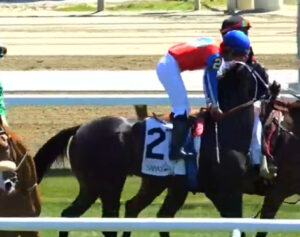 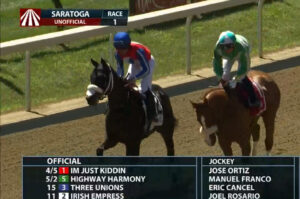