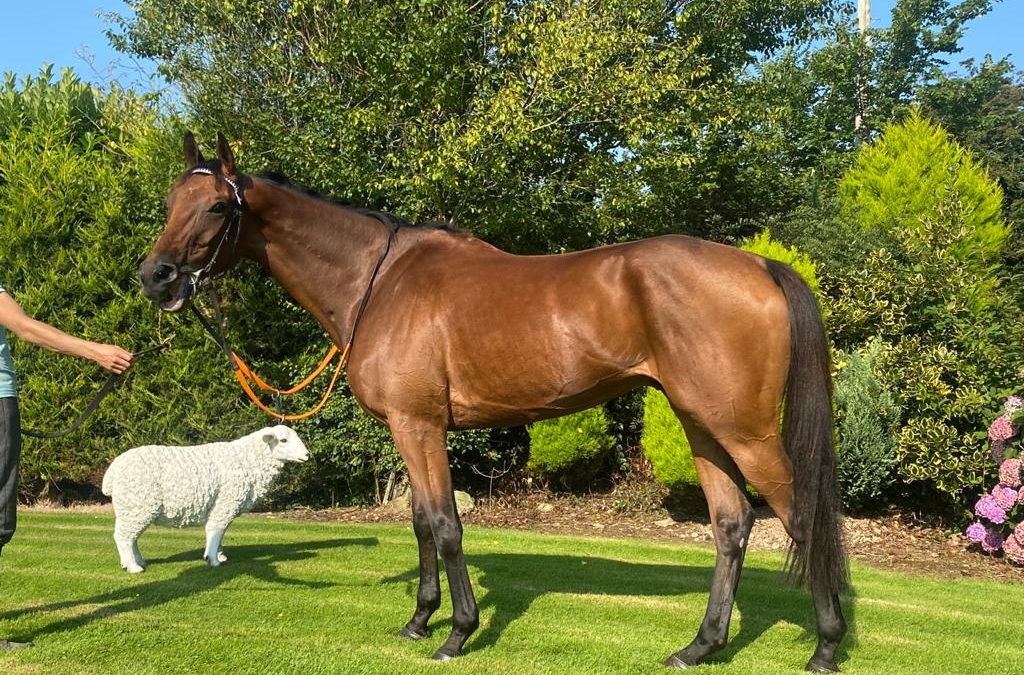 Blue Streak Racing, LLC is giving old and new partners alike the opportunity to become involved in the fun and exciting world of steeplechase racing!

Trainer Keri Brion, already a multiple Grade 1 winner in her young career, is excited to bring “Going Country” to the U.S. from Ireland to compete in jumper races on this side of the pond. Keri, who spent 11 years as the top assistant to Hall-of-Famer Jonathan Shepherd, spent most of the last year in Ireland, before returning to the states to win the A.P. Smithwick and newly named Jonathan Shepherd Stakes (both Grade 1’s) at Saratoga. More about Keri here.

While in Ireland, Keri (herself an accomplished steeplechase rider) got on Going Country and really liked him, but thought he needed some time time to blossom. And that he has done! He’s now ready to make the trip to the U.S. Unlike “flats” racing, steeplechase horses frequently don’t begin their career until they’re older (Going Country is a 5-year old), and run much later into their careers.

More about Going Country. He’s a 5-year old gelding with a dynamite pedigree (see below), with lots of black type and winners on both the flats and over jumps. He’s been training forwardly at Baltimore Stables in Wexford, Ireland (about an hour south of Dublin). Walking and training videos are available upon request.

The steeplechase season runs from March to November and covers most of the east coast, which makes going to the races (which are top social events) easy. Top venues/events include: The Grand National, The Virginia Gold Cup, The Far Hills Meet, and The Iroquois Meet in Nashville. Also, there’s steeplechase races at traditional flat race meets in Saratoga and Belmont, as well as at Colonial Downs. Find out more about steeplechase racing here.

Keri plans to ship Going Country soon to her base at Fair Hills Training Center in Maryland, and thinks he’ll be ready to run at this fall’s premier meet: the Gold Cup in Virginia. So there will be racing action with this horse quickly!

So, what are the details? Well, here you go! Between the purchase price and shipping, the total acquisition/syndication price for the horse is $75,000. Because this is a higher price point than our usual offerings, along with our usual 5% share structure, Blue Streak Racing will offer half shares (2.5%) as well in an effort to get more people involved. Expenses will be a flat monthly fee of $150, which will not change. There will be no mark-up, so 5% shares will be $3,750 and half shares (2.5%) will be $1,875.

We’re excited to offer this unique opportunity to “jump” into the world of steeplechase. Contact us soon for more info!