Prairie Fire: Thanks for the Memories. 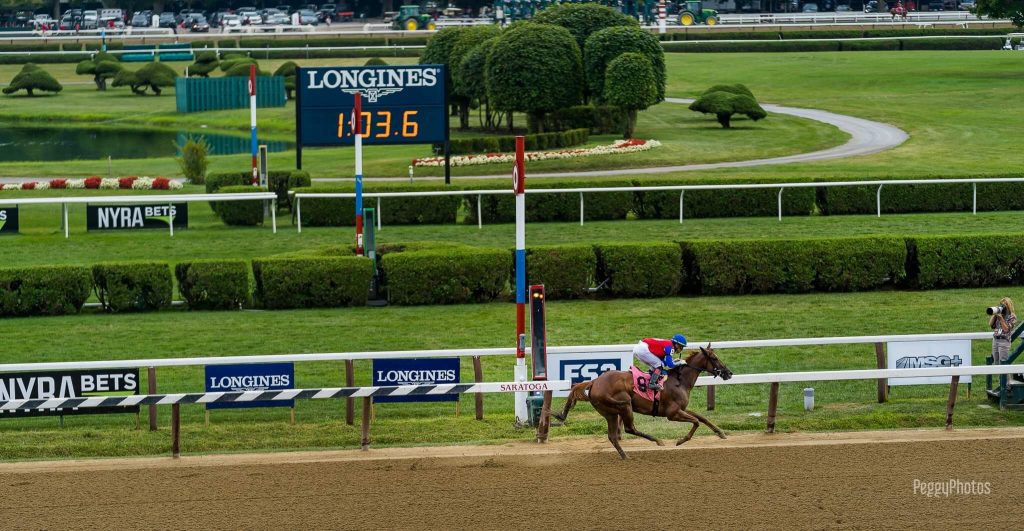 Prairie Fire, our first winner at Saratoga, ran a game 2nd in the 3rd race on Aqueduct’s opening day on friday, November 1, 2019, and was subsequently lost to the claim. Though losing horses via claim are part of the game, it doesn’t make it any easier, especially when she represented such a milestone in the history of our little outfit.

When we acquired her in May of 2018 after she failed to meet her reserve price at the Fasig-Tipton 2-year old sale, little did we know that she’d only run once that year, and not look like she’d ever run again. Her September debut was over shortly after leaving the gate when she was stepped on by another horse and her tendon suffered a minor tear.

Instead of giving up on her, Danny Gargan turned her out in Kentucky, and the great team at Margaux Farms got her back on her feet. That fateful day – I’ll never forget – August 16, 2019, Irad Ortiz Jr. got aboard and took her home a winner at Saratoga. The epitome of the game, for a hometown boy like me.

We got another win out of her, and this last race, as stated earlier, a game 2nd. The claiming price of $25,000 is ironically the same price she was purchased for in Maryland a year-and-a-half ago. Thanks, Prairie Fire. Perhaps we will meet again. Good luck to you and your new connections.