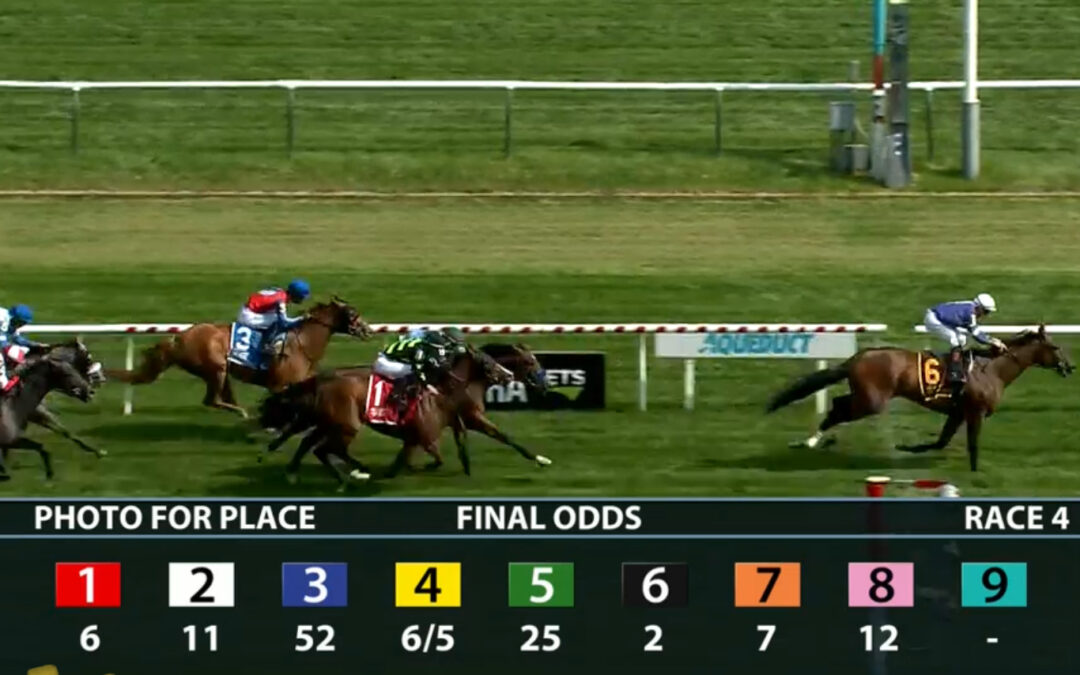 Western Lane (Candy Ride), our Keeneland April Sale purchase, made her long-awaited debut at Aqueduct on September 16th and ran a more than respectable 4th, closing off the pace after getting bumped hard at the start.

The Natalia Lynch trainee, who went off at 52-1, was up against it in this 6 furlong sprint against a salty group, but after having a number of races go unfilled/unused by the racing office, this was the spot that popped up for us. She did not disappoint, galloping out past the winner in a mere couple strides, passing several horses on the way.

Another savvy ride by the underrated Kendrick Carmouche. He never panicked after getting bumped at the start and guided Western Lane to a ground-saving trip on the rail where she made a nice late move to round out the supefecta.

Western Lane will definitely benefit from a stretch-out in distance next out. 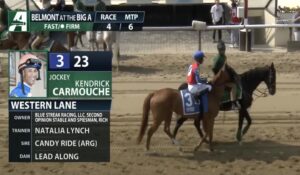 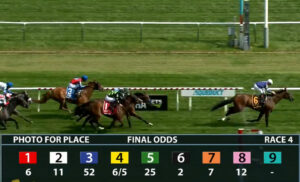